Understanding the Islamic significance of Shaaban, the month before Ramadan 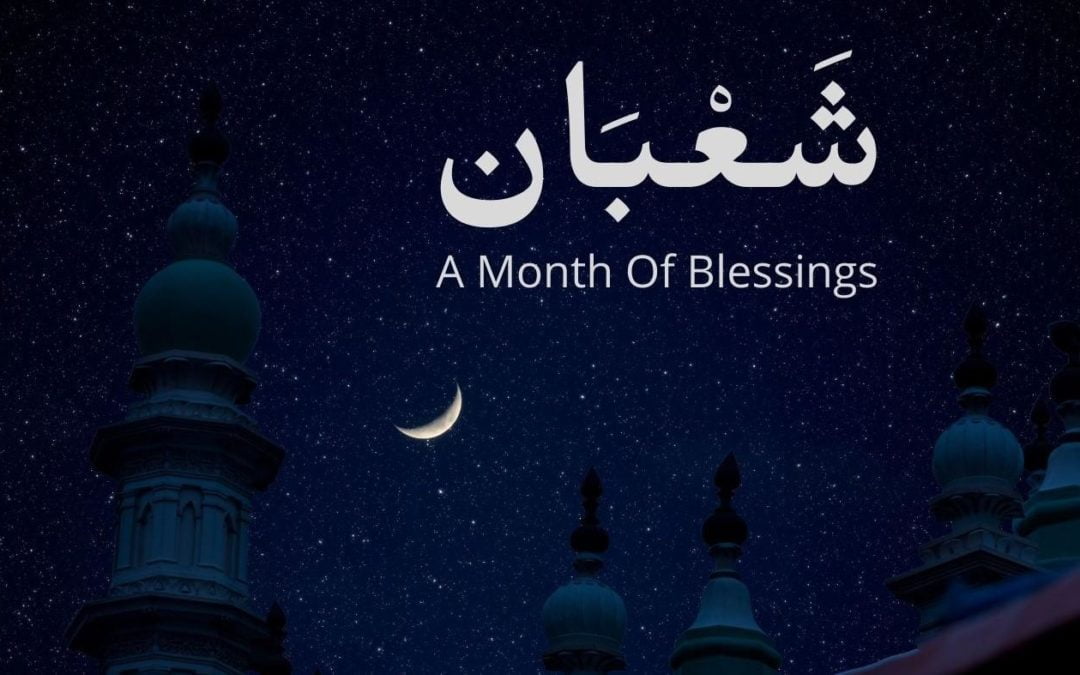 The Messenger of Allah (P.B.U.H) said:

‘Angels take turns among you by night and by day, and they all assemble at the dawn and afternoon prayers. Those (of the angels) who spend the night among you, then, ascend, and their Lord asks them, though He is the best informed about them, “How did you leave My servants?“. They say, “We left them while they were praying and we came to them while they were praying”’.

Our deeds and actions are constantly being documented by our angels and Allah are already conscious of all we do and say. However, the Prophet (P.B.U.H) identified specific periods when our deeds would be raised to Allah to remind us to account for ourselves for our actions and focus on our worship. Sha’ban is the month in which Islam holds a very important position. This occasion allows Muslims to reflect on their lives and make amends for any wrongdoings they may have committed during other months of this year

Sha’ban has always been a ‘neglected month’ since it is overshadowed by the significant months of Rajab and Ramadan. However, Sha’ban is a month of reward, reflection, and spiritual growth. Sha’ban is filled with numerous opportunities to maximize our good deeds and draw closer to the Prophet (P.B.U.H) by sending Salawat (blessings) upon him.

“It is a month where people tend to neglect, between the months of Rajab and Ramadan. It is a month in which the deeds are raised to the Lord of the worlds, and I like my deeds to be raised while I am fasting.”

As quoted by Imam Al-Qastallani and Abu Dzar Al-Harawi, it is in the month of Sha’ban when verse 56 from Surah Al-Ahzab was revealed to the Prophet s.a.w. Scholars, therefore, have constantly reminded us to further increase in sending selawat (prayers) and salutations upon our Prophet s.a.w in light of the verse:

Indeed Allah and His angels bestow their prayers upon the Prophet. O you who believe, bestow prayers and peace upon him in abundance.

The month of Sha’ban is a time where we can increase our good deeds by performing prayer, fasting, and remembering God. Every event that occurs in this blessed period has some significance or meaning which will help us reach closer towards Him [Allah].

The month of the Holy Prophet Muhammad (P.B.U.H):

The above hadith makes obvious the significance of the month of Sha’ban.

Being Muslims it’s an incredible chance for us to maximize our good deeds. This means that we should be making an effort to draw closer to the Prophet (P.B.U.H) during this month.

Acts of worship during the month of Sha’ban:

Our Prophet’s wife Hazrat Bibi Aisha (R.A) is reported to have said that Prophet Muhammad (PBUH) used to fast until we would say he was never going to stop fasting,  and he would go so long without fasting that we would say he was never going to fast, but I never saw Allah’s Messenger (PBUH) continue a fast from the beginning to the end of any month except the month of Ramadan and I never saw him fast more than in any month other than he did in Sha’ban.

So I asked him: “How is it that I always see you fasting in Sha’ban?” and he, Prophet Muhammad (PBUH) said:  “O’ Aisha, it is the month in which the angel of death has to note down the name of anyone whose soul he must take before the year is out, so I would rather he did not record my name except while I am fasting.”

Hazrat Aisha (R.A) said: “The dearest of months to Hazrat Muhammad (PBUH)  was Sha’ban, which he would link to  Ramadan.” [source: Al-hazrat]

Our beloved Holy Prophet Hazrat Muhammad (PBUH) on an occasion said, “Anyone who fasts on the last Monday of Sha’ban will be granted forgiveness.”

During Sha’ban, Muslims were also commanded to send Salawat upon the Prophet (P.B.U.H). As quoted before, Sha’ban is the month of the Prophet (PBUH) and we should take benefit of this opportunity to draw closer to him. The Prophet (saw) said, ‘The person closest to me on the Day of Judgement is the one who sent the most Blessings [Salawat] upon me.

The best etiquette for making dua is begun by praising Allah and then sending Salawat upon the Prophet (saw).

Recommended Tasbih (Prayer) In The Month of Sha’ban;

Muslims prepare for the Mid-Sha’ban as a night of mercy and worship.  The Almighty Allah defines the results of all people, containing whether a person lives or dies, in the upcoming year, and for this motive, it is occasionally called the “Night of Emancipation ”. The night of Shab-e-Barat is also called the night of freedom since Allah (SWT) frees all His sinful servants who were fated for Jahannam (Hell).

The supplications during this night bring great significance and worth for the Muslims to restart their initiative to lead lives as per the teachings of the Holy Quran and Sunnah.

It is habitual to fast the entire day, and before this night’s events, Muslims put on new dresses. Muslims call or visit family and friends’ households to ask for forgiveness and pray for them. Then they visit their families’ graves and pray for peace for the departed souls.

In the month of Sha’ban many important events took place which holds great importance for Muslims.

Anas bin Malik (ra) narrated, ’The people of Makkah asked Allah’s Messenger (saw) to show them a miracle. So he showed them the moon split in two halves between which they saw the Hira’  mountain [the Mountain of Light]’. [Bukhari]

This incredible miracle took place in Sha’ban, and it is referred to in the Qur’an: ’The Hour has come near, and the moon has split [in two]’. [The Noble Qur’an, 54:1]

The first Qiblah of the Muslims was Masjid Al-Aqsa Al-Mubarakah. However, while the Prophet (saw) was living in Madinah, the following ayah was revealed:

“We have certainly seen the turning of your face, [O Prophet (saw)], toward heaven, and We will surely turn you to a Qiblah with which you will be pleased. So turn your face toward al-Masjid al-Haram…’ [The Noble Qur’an, 2:well

These significant events that happened in the month of Sha’ban are all considered as forms of encouragement for us to increase performing good deeds, such as waking up at night and fasting. They can also be simple acts like reciting our supplications or even just making dua

The month of preparing for Ramadan:

The month of Sha’ban links up to Ramadan which is why the Holy Prophet (PBUH) loved it so much. This is the month when followers of Islam gear up and prepare themselves for the month of fasting to come. However, it cannot rule out the importance of fasting in Sha’ban as well, as done by the Prophet (PBUH).

As well as fasting, there are numerous ways you can educate for Ramadan during Sha’ban. Set yourself targets for what you want to accomplish.

The month of Sha’ban is a time where we can increase our good deeds by performing prayer, fasting, and remembering God. Every event that occurs in this blessed period has some significance or meaning which will help us reach closer towards Him [Allah].